We had an awesome Christmas, ate too much as usual, but had fun doing it :) Now to figure out what to do with all the leftovers! I always freeze the leftover turkey, did send a bunch with the boys and hubby when they left to go back to their jobs. But I had all these leftover mashed potatoes! Now what?

Well - I decided to search Pinterest for "leftover mashed potatoes" and came up with this recipe.

Upside-Down Shepherd's Pie looked like a good place to start. For some reason I just can't seem to do some recipes exactly as they are written.... :) I decided to add some flavor to the meat by making it into Taco Meat, though I did still add onion, green pepper and corn. After it was all together I added the cheese and put it back in the oven on broil until the cheese melted. 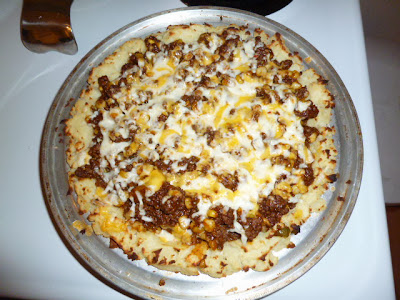 I'm quite happy with the result. Shouldn't have to cook supper for a few days at least :)
Posted by Unknown at 15:51 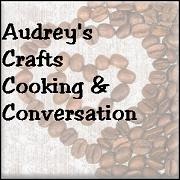